The Philae Temple is a gem in the crown of the river Nile that stands majestically on Agilkia Island, southern Egypt. This legendary site was built in 690 BC to honour Isis, the Egyptian goddess of healing and magic. As one of the last places of worship built in the classical Egyptian style, the Philae Temple has a complex and fascinating history.

The Philae Temple is nestled downstream from the controversial Aswan High Dam on Lake Nasser, one of the largest man-made lakes in the world. Intrepid explorers can cruise down the calming river Nile before hopping off to explore the rich expanse of the Philae Temple.

The temple complex is recorded in several classical texts by ancient writers, including Ptolemy, Seneca and Pliny the Elder. The Philae Temple also provides the backdrop for some beloved novels. Are you familiar with a certain Belgian (not French!) character who solved mysteries here?

At Literary Tours in Egypt, we agree with Agatha Christie’s Monsieur Hercule Poirot when he said, ‘There are very wonderful things to be seen in Egypt, are there not?’ So why not have your own Death on the Nile luxury adventure around the Philae Temple?
Don’t fear; our tours are much safer than those in Christie’s books! Why not get in touch with our team to find out more about our Personalised Egypt Guided Tour Packages? In the meantime, let us guide you through one of Aswan’s most important cultural sites with our top five facts.

After the politically contentious construction of the new Aswan Dam in the 1960s, 22 archaeological sites and monuments were at risk of flooding from Lake Nasser and the rising waters of the Nile.

UNESCO prevented this submersion in a campaign that saw several monuments relocated to a safer site. The Philae Temple was deconstructed and reassembled block by block from Philae Island to Agilika Island, about 550 meters northeast of the original location.

Without UNESCO’s efforts, Aswan would likely be underwater! Luckily, travellers can still walk amid the monument’s impressively reconstructed complex.

2. The Philae Temple is Dedicated to Isis, Goddess of Healing

The Philae Temple was built by the last dynasty of ancient Egypt, the Ptolemaic. It is dedicated to Isis, the goddess of healing, birth, and magic, her husband Osiris, and their son Horus. The temple is one of the last places where ancient Egyptian religion survived after Christianity swept the shores in 550AD.

The temple is composed of syenite, with steep walls and summits encompassing the island. Believed to be one of the burying places of Osiris, both the Egyptians and Nubians (or Ethiopians) held the site in high reverence. Only priests were allowed to inhabit the island.

The temple is a must-see for classical history lovers. Visitors can examine the detailed temple walls containing reliefs of Isis mythology, including Isis bringing Osiris back to life, giving birth to Horus, and mummifying Osiris after his death.

3. One of the Philae Temple’s Obelisks is in England

Now located in a garden in Dorset, England, this 9-metre-high, pale pink ancient Egyptian obelisk is one-half of a pair that originally stood outside the Temple of Isis. Explorer William John Bankes installed the obelisk in his home in 1827, but not without incident…

While loaded onto a boat from the Philae Temple, the obelisk’s weight caused a pier to collapse, and it dropped into the Nile before being recovered — presumably, it was unhappy about being removed from its home!

The obelisk, alongside the Rosetta Stone, proved vital for researchers in translating and deciphering hieroglyphs. Those interested in the translation can read the Philae Temple’s obelisk inscription online.

The Philae Temple passed through several hands and religions, passing back and forth between the Egyptians, Greeks, and Romans, from Egyptian paganism to early Christianity.

The temple’s interior bears the mark of this changeable, at times violent, history. Early Christians destroyed or disfigured many of the Egyptian statues and hieroglyphs, transforming the temple into a church. There is also evidence of Roman and Byzantine remains, including two Coptic churches.

With crosses, Egyptian reliefs, and graffiti from ancient Egyptian pilgrims and 19th-century explorers engraved on the walls, the Philae Temple is a fascinating nexus of religious history and politics.

5. Tourism to the Philae Temple Started in the Late 19th Century

When William John Bankes returned to Victorian England with the obelisk, it sparked a burgeoning interest in all things Egyptian among the upper classes, including visiting this epic country.

Shelley’s version of the Ozymandias poem is an apt poem for the Philae Temple, which reminds the reader that while no man can outlast history, the monuments we build have some chance of doing so.

After reading this guide, we hope you’re ready to cruise down the Nile and stop off at Aswan’s breathtaking Philae Temple. We’re always keen to delve deeper into the literary significance of the Philae Temple and nearby areas, so join us to step into the imagination of the great detective writer on one of our Agatha Christie Tours in Egypt.

This is only one of the literary tours we offer in the region! Walk in the footsteps of your favourite characters with our other Tours to Top Egypt Destinations. If there’s another Egypt-based book you’d like to inspire a customisable tour itinerary, contact us! We’d love to make your novelistic Nile-based dreams come true. 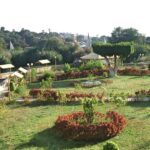 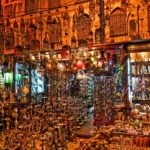 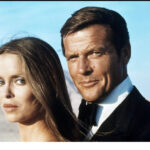